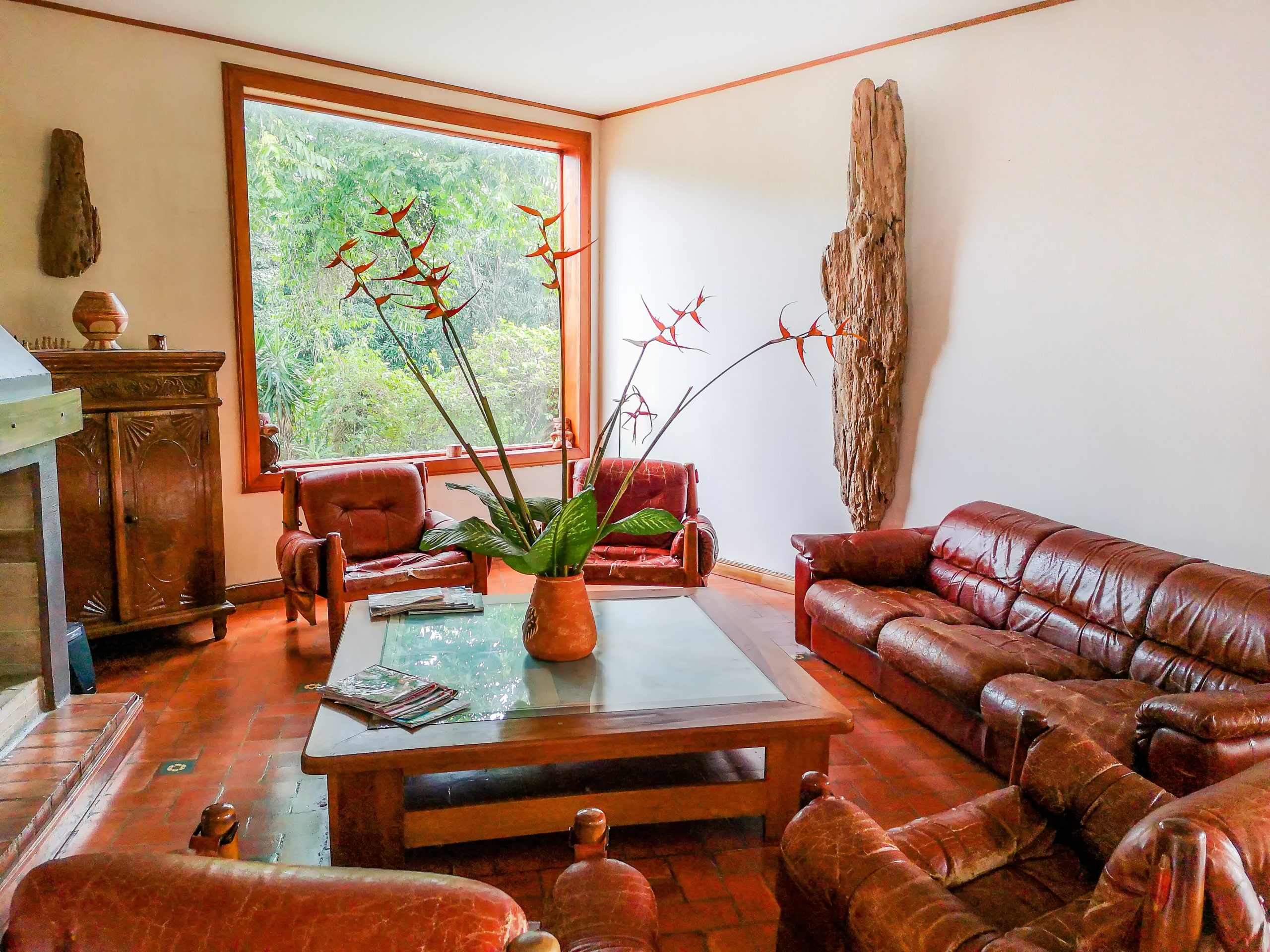 With the rising popularity of uncluttered designs, the perfect mix of sleek lines and retro appearances are making a decidedly welcome comeback. The popular mid-century interior design only disappeared for a little while in the late 20th century before emerging back as a favourite.

These no-fuss, functional designs incite the feeling of unrivalled timelessness and nostalgia that make people swoon all across the globe. Read on for the five essential tips to achieve the mid-century modern interior design full of timeless appeal and warm nostalgia!

The Mid-century modern interior decorators and designers present colours in most of the spaces in the home. Contrary to what most people think, the retro colour spectrum is vast and has an extensive palette of options to try.

From neutral to stark bright and bold, and even features with contrasts of darks and lights. However, typically we combine pastels, mustardy yellows, and blush with mid-century modern interior design.

With a timeless appeal, the neutral shades tend to be the first preference of most of the designers today. 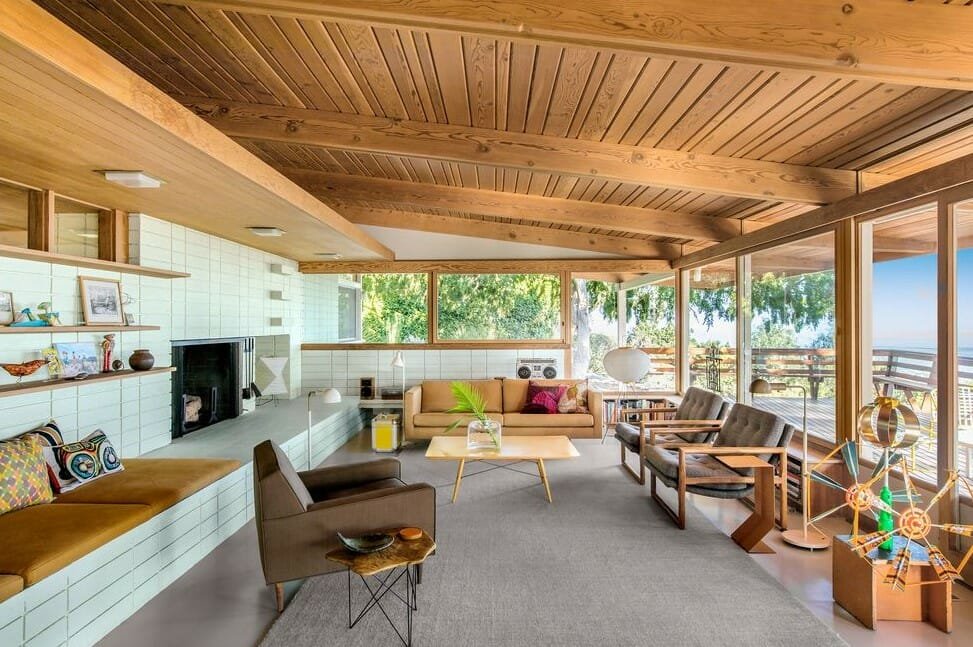 With modernist architects inclining towards building materials depending on less supportive structures, the mid-century modern interior design in the 1930s to 1960s has extensive use of large windows.

Not only do these expansive windows bring more natural light, but they also blur the line between interior and exterior spaces. It is advisable to keep the great glass panes with minimal or no dressing, however, if curtains are a priority for you, you can never go wrong with air-light fabrics, like linen, that let in light while taking full care of privacy.

The most successful Mid-century interior decorators and designers can make retro design exciting and draw inspiration from the same.

They use the simplified form and clean lines that are vital to perfecting the exotic vintage style. These shapes can be geometric or organic. It is essential to keep in mind that the overall aesthetics focuses on the essential. For example, the frame of a piece of furniture is not only its structural base but also its only chance to add to the aesthetics of the area. Like in minimalist interior design, the surfaces are generally free of clutter.

4. Focus on the Open Plan Layout

Most of the iconic modern buildings are well-ventilated and extend conveniently from one room to the next. The architects and mid-century interior designers make space extend from the interior to outdoors, focusing on the natural landscape all around. 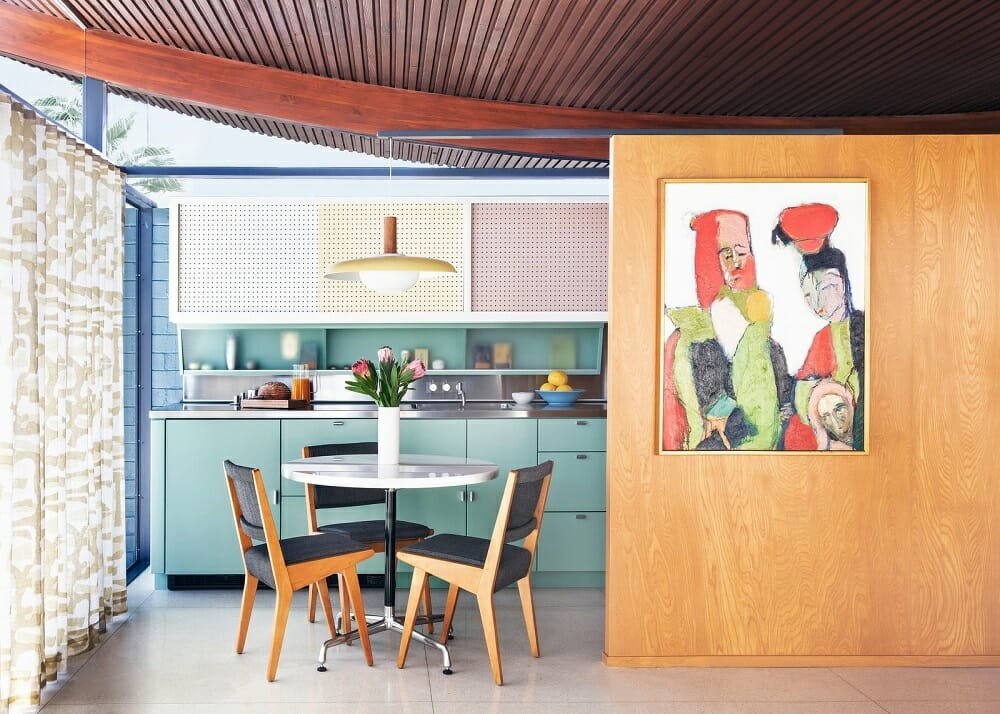 Looking into the cultural conditions of the time the Mid-century design gained momentum, it is no surprise that the artists were among the driving forces behind most of the modernism. The artwork from this period is equally remarkable as the furnishings.

With beautiful artworks from impressionists like Henri Matisse, Andy Warhol and Jackson Pollock the decor in this design scheme makes it one of the most unique interior design styles.

Regardless of preference, the vibrant flashy colours often play a significant part in the majority of the mid-century artwork. Therefore, a set of your favourite modern art decor from this period can help you complete the design scheme.