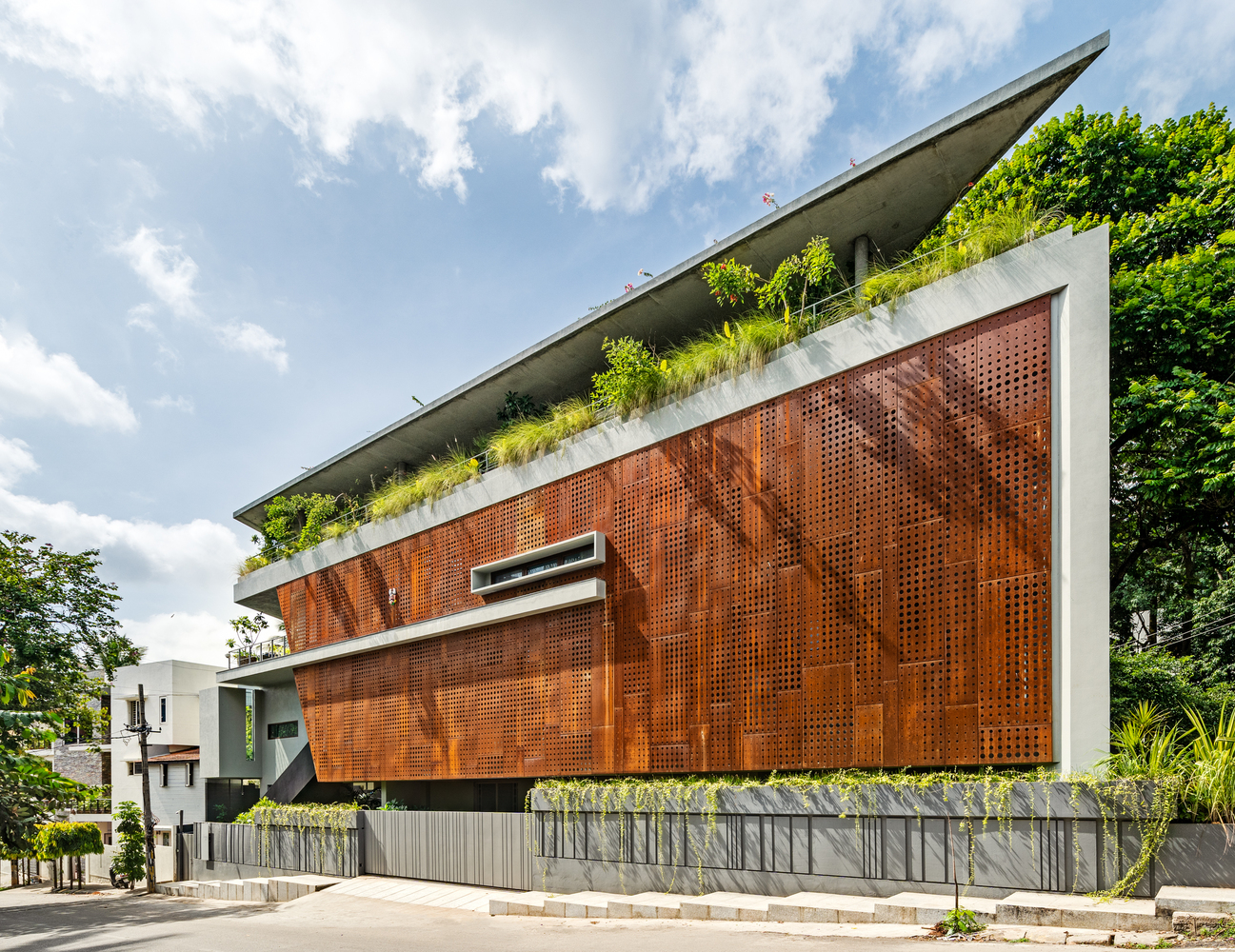 The profile of Cloaked Residence makes it stand out in the monotonous setting of urban Bangalore. The triangular construction site, with two edges facing the road and a sloped terrain along the northern border, gives a rather peculiar appearance to the structure.

A large corten steel sheeting along the northern facade gives an armour-like appearance to the building. The sheeting provides privacy to the inhabitants while giving them space to breathe at the terrace. The exterior creates a sense of depth that creates an illusion of levitation at different horizontal levels. The primary bulk appears to be elevated above the street level, leaving room for ample parking space at the ground level. The terrace level has a concrete slab with sharp angles, in line with the construction site shape. 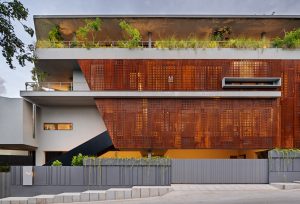 The unfinished neutral concrete bands along the surfaces, corners and edges give an earthy appeal to the building. Adding a contrasting flame-red accent to the design with rusted, perforated corten steel sheeting grabs attention. The sheeting does not exceed the concrete frame and sits as a protective veil over the north facade.

The interior of the house follows a similar scheme throughout the building. It has a double-height living space and a stairwell. The layout is divided into distinct zones of activity vertically and horizontally. The functional area and movement spread to the western and eastern wings on either side. The first floor accommodates a kitchen, dining and extends into the terrace towards the east wing, while the west wing has a bedroom with an attached bath. 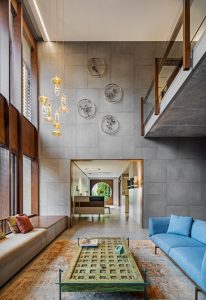 The second-floor layout follows a similar concept: individual bedrooms and bath spaces in both wings eventually converging at a pedestrian bridge at the core. The terrace at the third-floor level opens up the view of the neighbourhood canopies. It boasts of an enclosed lounge at the centre surrounded by open spaces along its periphery and a guest bed and bath.

The fortress-like exteriors quite conveniently convert into warm, earthy finishes inside. The use of rustic, warm tones against a neutral palette of walls and flooring set the scheme of the building. The perforated corten sheeting screen provides filtered natural daylight.