The House of Voids from BetweenSpaces Architects 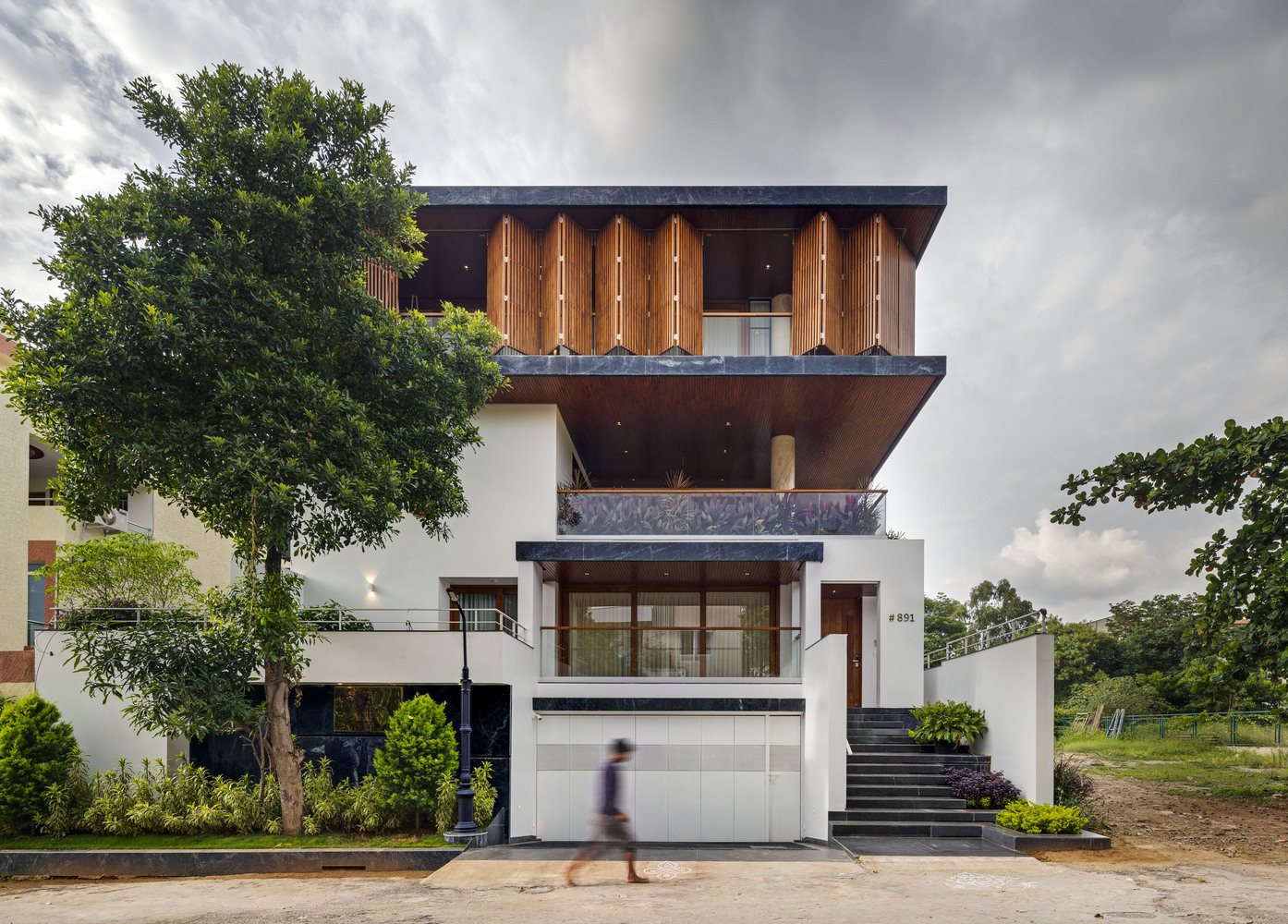 Located in the urban city of Bangalore, the House of Voids built by the BetweenSpaces architects stands apart in its design. Built in an area of 50ftX100ft, the house has a distinct 6′ deep balcony on the south and southeastern side at the second-floor level that is vital in escaping the harsh sun and providing privacy to the inhabitants.

The name “House of Voids” comes from the approach taken by the designers in constructing a house that will be much more than a place to live. The architects proceeded by shaping the voids, externally as well as internally, rather than giving much attention to the geometry or form of the building. Scooped out masses from the south and southeastern side allowed a possibility of gorgeous and spacious balconies. The voids were then articulated further by steatite-clad balcony edges and sliding-folding teak wood louvre shutters. These two elements further enhanced the horizontality of the verandah.

For an impeccable design like this, it was important to not overdo things. Maintaining a balance between the solid and the void was crucial. The teak ceiling is carefully built up to the edge of the building where it meets the steatite (soapstone) cladding and further emphasises the void under the cantilevered slabs. At the same time, the space induced by the light filigree like a wooden screen across the south and south-east edge and the cantilevered slab anchored to the walls on the south-west and eastern side stand firm despite the fragility brought in by a circular column supporting the south-east corner of the balcony.

Coming to the spatial planning, the house was primarily dictated by Vastu (the Ancient Indian science of orientation and spatial planning in Architecture) as well as the linearity of the site. Vastu mandated for the entry to the house from the NE (the 3rd quadrant of the plot) part of the house. This led the designers to reserve a 10′ open space at the ground floor decorated with ornamental plants along the eastern side.

With the house being built from inside-out, by scooping out volumes, several double-height public spaces came to existence on either side of the central corridor. The use of veneer clad false ceiling at the first-floor level gives the impression of these spaces being unified into one single element.

The House of Voids exemplifies a modern, minimalistic design showcasing the skills of the architects involved. The well-thought impeccable design of the house allows a world within a world for each member of the family, resulting in an open, private and well-knit home. The balance between the stern white walls and the vibrant rich texture of timber and stones further contributed to a successful design. The design solely relies on strong and clean lines.